The origins of the name “Patagonia”

The origins of the name Patagonia:  What does Patagonia mean?

Patagonia is a very famous place in South America, a highlight when you visit Argentina and Chile, but what´s exactly Patagonia and what´s the origin of the name Patagonia? What does Patagonia mean?

What does Patagonia mean? The origins of the name Patagonia

Patagonia is generally believed to derive from "patagon". This expression in turn comes from the large footprints stamped by the Tehuelches, a native people of the Patagonian region, of strong build and appreciable height. But if this were the case, the Spanish call the person with large feet bigeye.

What is then the relationship with Patagon? Two theories haunt the writings of historians. First patagon can be a definition of "patao", which in Magellan's Portuguese meant galocha or tamago, expressions to refer to rough footwear like that of the Tehuelches. But more suggestive is the hypothesis that links Patagon with a medieval novel entitled Primaleón or Palmerín. In those literary pages throbbed a dog-headed monster named Pathagon. The novel in question was highly visited by medieval readers.

Although Magellan was not a reader of chivalric novels, this would not have prevented the echoes of the Pathagon monster from reaching his brave explorer's ears. Perhaps the mystery of the origin of the name Patagonia will never be clarified. And there is the last spell of the Patagonian: the antiquity of its landscapes, its proximity to the hidden and elusive origins of the earth and life, join the enigma of its own name.

In Patagonia, the whirlwinds of antiquity revolve, dragging the uncertain color of origins between their arms of turbulent air. Whirlwinds that move freely over the face of forests, lakes, glaciers, cliffs and steppes. Whirlwinds of the ancient, of distant origins, which perhaps invent the voice of the continuous whistle of the Patagonian wind.

The origins of the name Patagonia. Is it related to "Big Foot"?

The territory of Patagonia includes a variety of extreme climates and terrain, as well as the homeland of a half dozen groups of American Indians. Borrero (1997) provides a very good map with the location of the gununa'kena (northern tehuelches), mecharnuekenk, aónikenk (southern tehuelches), selk'nam (onas), haush (mannekenk), chonos, kawéskar (qawasqar, alacalufes) and yámanas (yáganse). The purpose of this short note is to draw attention once again to the rich knowledge of the Indians and the sometimes misguided ideas that have been expressed as their "history", as well as to remind readers of the existence of an excellent dictionary that gives us a different worldview, which seems appropriate this time, given that a dinosaur has been discovered in the Patagonia region and we read such amazing headlines about it. Desert Indians live in what is described as the largest desert in the Americas, where the heat reaches extreme limits. In the most remote part of the extreme of South America lived the "canoe Indians" and the "pedestrian Indians", who managed to survive the most terrible and cold winters. This formidable tip of South America came to be known as Tierra del Fuego since the time of Magellan, due to the bonfires that the Indians kept in their canoes while they moved along the coasts. Campfires were also used along the coast as smoke signals. The meaning of the Patagonia place name has been a problem since European sailors arrived in the area.

The one attributed to it is "big foot", and it has been spread in school books for so long that it would be difficult to eradicate this belief. In this etymology, the first part is identified with the Spanish word "pasta", followed by the presumed morpheme gon, which has not been identified. Another explanation of the word accounts for the unconfirmed report according to which Hernando de Magallanes would have coined the name because "the natives, with their thick skins, thick hair and painted faces, reminded him of the Patagón, a monster with the head of a dog from the 16th century Spanish romance Amadís de Gaula. The phrase Patagonia, accursed land is proverbial. "

The origins of the name Patagonia: The Giant people

Others give credit to the explanation of the chronicler of Magallanes,  who refers to the Tehuelche Indians as the "giants", thus identifying them with the characters of the mythical Primaleón de Grecia, a novel of those years (1512). Correas documents the scholars who clarified this situation by going to the original statements. References to Argentine and Spanish authors are given in Correas and Aliaga (1998: 11-13). These and other fantastic stories of the meaning of the word are best forgotten, which implies that the etymology remains uncertain.

There is still a viable possibility of discovering the meaning of the Patagonia place name, which I present here. I propose that the meaning in question could be extrapolated from the great dictionary of the yagán language (= Yágan = Yahgan = Yamana), recorded by Thomas Bridges during the second half of the 19th century.

Bridges (1987) used an unusual arrangement in the compilation of his dictionary, which is that it is not in strict alphabetical order. He was well informed about the life and language of the Indians to be able to group the morphemes into sets that reflected the way the Indians looked at the world. Thus, a morpheme could be found in various places in the dictionary depending on its range of use, the affixes that went with it, and the semantic relationships with other morphemes. Such is the case of the word yagán / -patagón- /. The following examples illustrate some of the inputs:

<kupata-gu-möni> 'Go to (a place) and expand, or stretch your arms.'

Patagonia in the dictionary: What Patagonia means?

Patagonia
in American English
(ˌpætəˈgoʊniə; ˌpætəˈgoʊnjə)
dry, grassy region in  South America, east of the Andes, including the parts of Argentina and Chile: often restricted to the portion, c. 250,000 sq mi (647,498 sq km), in Argentina

We have many. Because as I told you many times in my article, Patagonia is a must-see when you visit Argentina and Chile. Check one of my favorite tours to visit Buenos Aires and the Complete Patagonia in two amazing weeks. 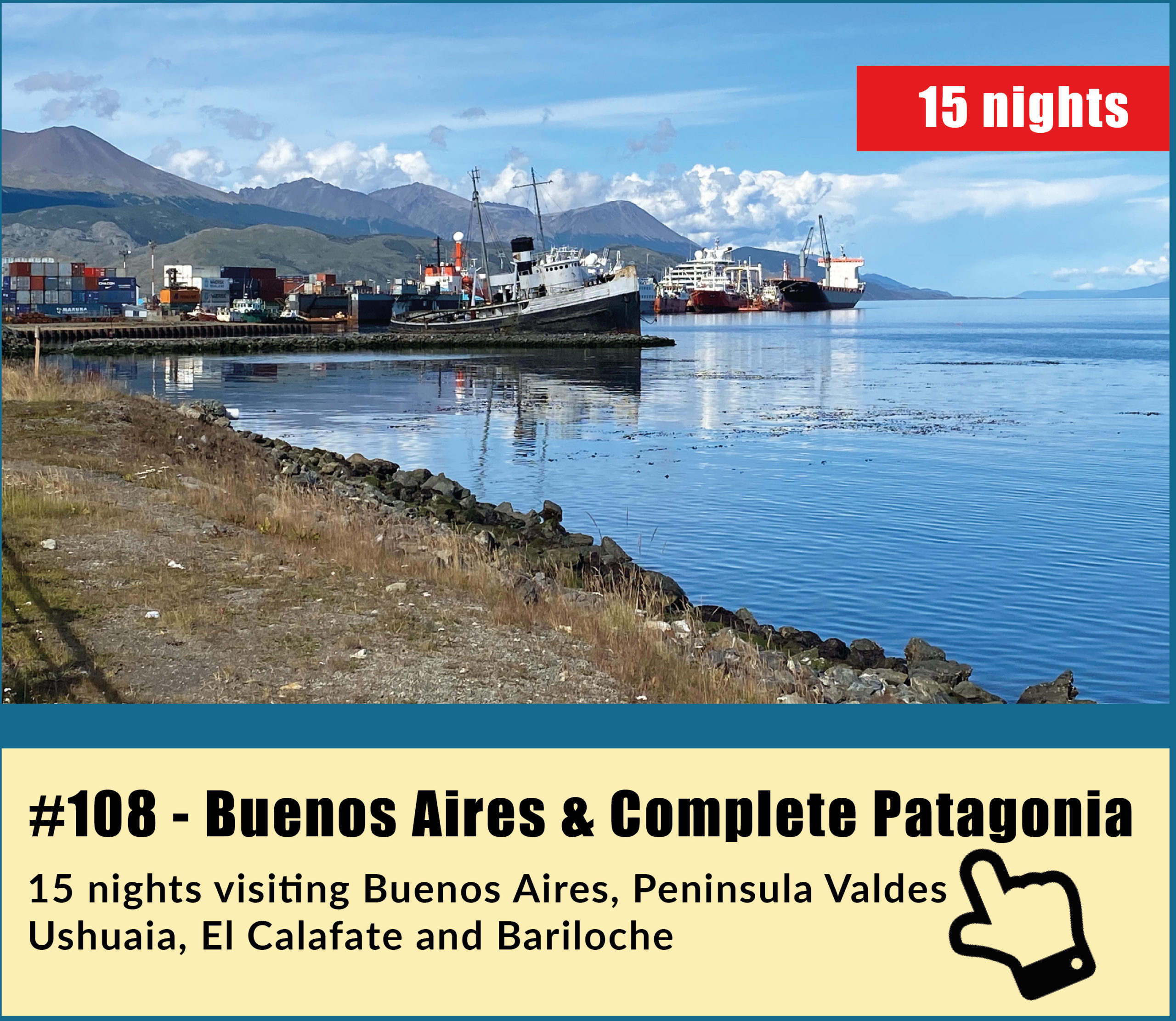 Interesting isn´t it? For more information, just contact us at info@ripioturismo.com