Of course, Cusco, the Sacred Valley of the Incas, and Machu Picchu are the most visited attractions in Peru, but there are other great visits you can do and one of these is the amazing Nazca Lines.

The Nazca Lines are a collection of giant geoglyphs—designs or motifs etched into the ground—located in the Peruvian coastal plain about 250 miles (400 kilometers) south of Lima, Peru. Created by the ancient Nazca culture in South America, and depicting various plants, animals, and shapes, the 2,000-year-old Nazca Lines can only be fully appreciated when viewed from the air given their massive size. Despite being studied for over 80 years, the geoglyphs—which were designated a UNESCO World Heritage Site in 1994—are still a mystery to researchers. BUT, WHAT ARE THE NAZCA LINES?

There are more than 800 straight lines on the coastal plain, some of which are 30 miles (48 km) long. Additionally, there are over 300 geometric designs, which include basic shapes such as triangles, rectangles, and trapezoids, as well as spirals, arrows, zig-zags, and wavy lines.

The Nazca Lines are perhaps best known for the representations of about 70 animals and plants, some of which measure up to 1,200 feet (370 meters) long. Examples include a spider, hummingbird, cactus plant, monkey, whale, llama, duck, flower, tree, lizard, and dog.

The Nazca people also created other forms, such as a humanoid figure (nicknamed “The Astronaut”), hands, and some unidentifiable depictions.

In 2011, a Japanese team discovered a new geoglyph that appears to represent a scene of decapitation, which, at about 4.2 meters long and 3.1 meters wide, is far smaller than other Nazca figures and not easily seen from aerial surveys. The Nazca people were known to collect “trophy heads,” and research in 2009 revealed that the majority of trophy skulls came from the same populations as the people they were buried with (rather than outside cultures).

In 2016, the same team found another geoglyph, this time one that depicts a 98-foot-long (30-meter-long) mythical creature that has many legs and spotted markings and is sticking out its tongue.

And in 2018, Peruvian archaeologists announced they had discovered more than 50 new geoglyphs in the region, using drone technology to map the landmarks in unprecedented detail.

HOW WERE THE NAZCA LINES CREATED

Anthropologists believe the Nazca culture, which began around 100 B.C. and flourished from A.D. 1 to 700, created the majority of the Nazca Lines. The Chavin and Paracas cultures, which predate the Nazca, may have also created some of the geoglyphs.

The Nazca Lines are located in the desert plains of the Rio Grande de Nasca river basin, an archaeological site that spans more than 75,000 hectares and is one of the driest places on Earth.

The desert floor is covered in a layer of iron oxide-coated pebbles of a deep rust color. The ancient peoples created their designs by removing the top 12 to 15 inches of rock, revealing the lighter-colored sand below. They likely began with small-scale models and carefully increased the models’ proportions to create the large designs.

Given the low amount of rain, wind, and erosion in the desert, the geoglyphs have remained largely unscathed throughout the centuries. 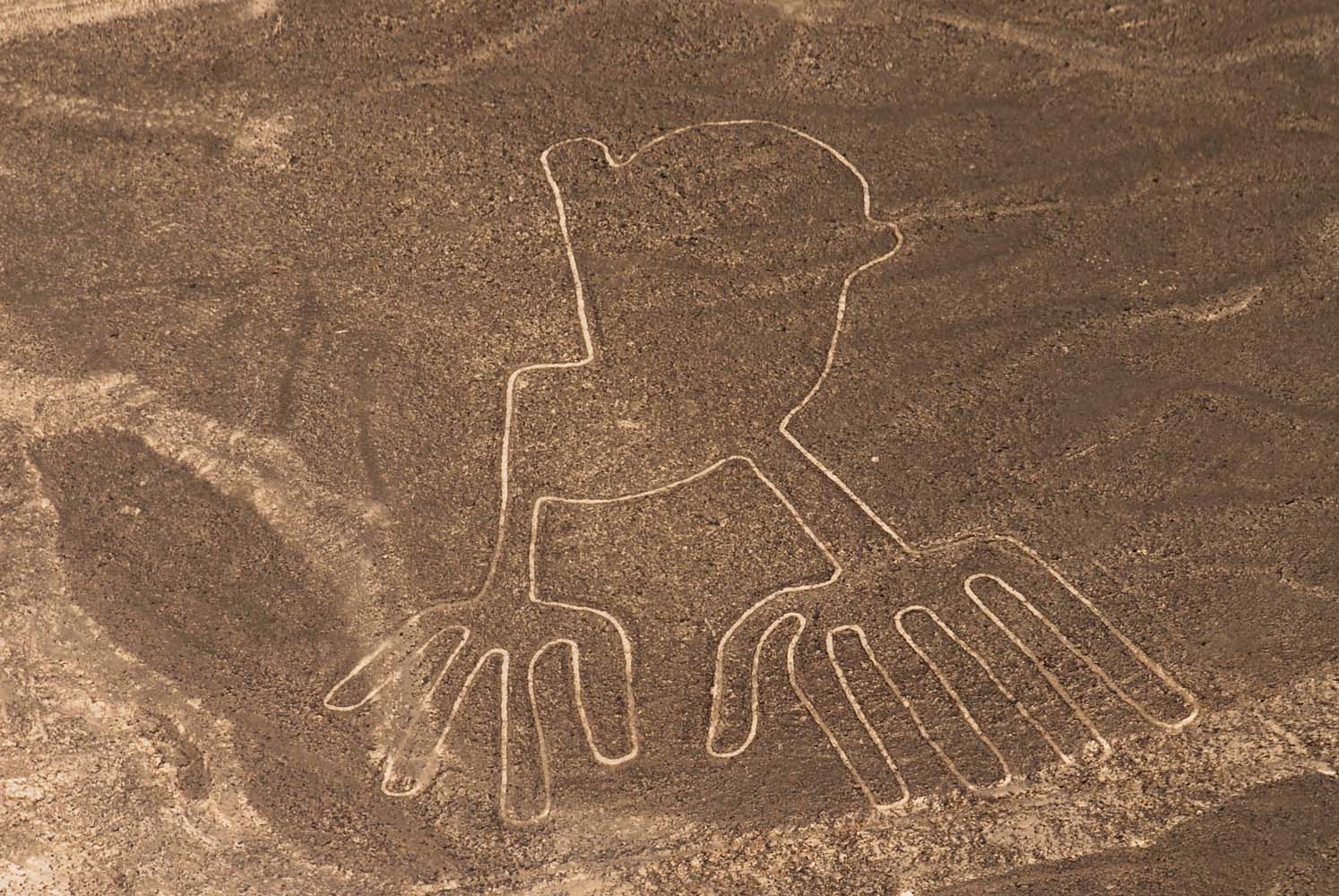 REASONS OF THE NAZCA LINES

More recent research suggested that the Nazca Lines’ purpose was related to water, a valuable commodity in the arid lands of the Peruvian coastal plain. The geoglyphs weren’t used as an irrigation system or a guide to find water, but rather as part of a ritual to the gods—an effort to bring much-needed rain.

Some scholars point to the animal depictions—some of which are symbols for rain, water, or fertility and have been found at other ancient Peruvian sites and on pottery—as evidence of this theory.

In 2015, researchers presenting at the 80th annual meeting of the Society for American Archeology argued that the purpose of the Nazca Lines changed over time. Initially, pilgrims heading to Peruvian temple complexes used the geoglyphs as ritual processional routes. Later groups, as part of a religious rite, smashed ceramic pots on the ground at the point of intersection between lines.

Unlike other relics throughout the world, the Nazca Lines are largely spared from unintentional destruction, thanks to their location. But the geoglyphs aren’t completely safe. In 2009, the Nazca Lines suffered the first recorded instance of rain damage. Heavy downpours flowing off the Pan-American Highway—a network of roads that connects nearly all countries in the Americas with a Pacific coast—deposited sand and clay onto three fingers of the hand-shaped geoglyph.

Five years later, environmental group Greenpeace damaged an area near the hummingbird geoglyph during a media stunt. The activists disturbed the upper layer of rocks by the hummingbird when they trampled through the forbidden area of the desert to lay down a large sign that promotes renewable energy. And in 2018, a commercial truck driver was arrested after he drove onto a portion of the Nazca Lines, etching deep scars into an area roughly 100 feet by 330 feet (about 50 meters by 100 meters). The damage caused by the truck driver renewed calls for greater security and surveillance at the sites. 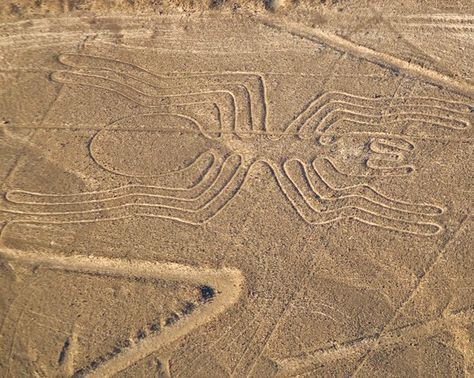 If you´re interested in visiting the Nazca Lines, a good option is to do the full-day trip from Lima.

Nazca’s tiny airport doesn’t serve passenger flights so almost all travelers arrive by bus instead. Buses depart from Lima every half hour or so, take around seven hours, and cost US$25 with Cruz del Sur. Other cheaper companies are available and there are direct connections from most major nearby destinations.

Most travelers rock up to Nazca, check out the lines, and jump on the next onward bus that day. Having said that, there are plenty of other attractions for those with an interest in pre-Inca history that would warrant a stay of two days or more.

Once in Nazca, there are only two options for viewing the lines – take a flight or climb the nearby observation tower. Essentially, the best option boils down to your budget.

Flying is undoubtedly preferable as it offers a bird’s eye view of the most important etchings. A word of warning though, the 20-minute flight consists of numerous sharp turns which leave most travelers feeling seriously nauseous. Grab an anti-nausea tablet from a local pharmacy and try not to eat any big meals within a few hours of take-off. Early morning departures are best as there tends to be less turbulence and better visibility.

For more information and prices, email us at info@ripioturismo.com