Boca Juniors is the club in the La Boca neighborhood, owner of La Bombonera, a playing field inaugurated in 1940 and which has a horseshoe-shaped structure, with three superimposed trays and a steep angle of inclination that resembles a box of chocolates. . The few meters that separate the field from the stands allow great proximity between the spectators and the game, which makes the impact of attending a football match there a unique experience. La Bombonera has murals painted on the outside by the artists Pérez Celis and Rómulo Macció and a special one, which is found in the entrance hall, by Quinquela Martín.

Boca Juniors was founded on Monday, April 3, 1905, when a handful of young Italian immigrants living in the neighborhood, Esteban Baglietto, Alfredo Scarpatti, Santiago Pedro Sana and the brothers Juan and Teodoro Farenga, met in Plaza Solís to give birth to the legendary institution. The colors blue and yellow, taken from the flag of a Swedish ship, moored for those days in the waters of the Riachuelo. For its part, River Plate was founded on May 25, 1901, also in the La Boca neighborhood, due to the merger of two pre-existing clubs called "Santa Rosa" and "La Rosales". After discussing several proposals, they decided to call it "River Plate", apparently, because one of the partners had seen some sailors set aside some boxes, with the inscription "The River Plate". In those years, River had its field next to the Riachuelo in the block formed by Pinzón, Gaboto, Aristóbulo del Valle and Pedro de Mendoza streets. Later, he moved to Palermo, where he had his own stadium, but over the years the club grew in popularity and had to move, in 1938, to the Belgrano neighborhood, north of the City, where its facilities are located. At present, its location is related to the Núñez neighborhood.

Did you know that, according to the English newspapers The Observer and The Sun, going to La Bombonera to watch a match between Boca Juniors and River Plate, the two most popular soccer clubs in Argentina, is “the most intense sporting experience in the world. world ”and“ the number one among the 50 sports events that must be seen before you die ”? Despite the fact that this game is played only once a year, it is worth attending some other match of the Argentine soccer tournament that Boca plays in its mythical stadium.

This neighborhood owes its name to the fact that it is precisely in this area where the mouths of the Riachuelo are located, which flows into the Río de la Plata. It is one of the most colorful neighborhoods in the City and is characterized by the infinity of tourists who visit it, seeking to experience a bit of tango and appreciate the Buenos Aires "firuletes".

La Boca: a bit of history

This emblematic neighborhood owes its name to the fact that it is precisely in this area where the mouths of the Riachuelo are found, where its waters flow into the Río de la Plata. Many historians agree that La Boca is the place where Pedro de Mendoza founded the city of Santa María de los Buenos Aires, in 1536. For several years, the mouth of the Riachuelo was the natural port of Buenos Aires, but due to problems such as the shallow waters, the sandbanks and the considerable rises and downspouts, among others, the port moved further north of the City.

Where the neighborhood of La Boca sits today was a hostile, swampy, desolate area with periodic floods. But, at the end of the 19th century, a vigorous and growing Italian community with a preponderance of Genoese origin began to settle there, which, little by little, gave life and personality to the neighborhood. Over time, other groups of immigrants, Spanish, Greeks, Germans and some scattered groups of French and Saxons were incorporated.

The neighborhood was a place for passing sailors, with which numerous grocery stores were opened. The Italians who inhabited the place were more and more, until in 1882 a group of Genoese signed an act that they sent to the King of Italy informing him that they had constituted the Republic of La Boca. Upon hearing this news, immediately, the then president, Julio Argentino Roca, had the Genoese flag raised at the site removed and put an end to the conflict.

La Boca was characterized by being a neighborhood of funny, noisy and melancholic inhabitants. They spoke the "xeneixe" dialect, that of the Genovese, as if they were in their land. They were hard-working and supportive, they came to form numerous community support institutions, published newspapers and founded sports and cultural clubs. Given its great sensitivity for art, singers, musicians, poets and visual artists have been born in the neighborhood, many of whom have occupied significant places in the popular feeling.

La Boca has a particular architecture, wooden and sheet metal houses, both with iron balconies that are still preserved along the streets of the neighborhood. Its corrugated sheet metal facades are combined with wood carpentry enriched by various moldings. The colors of the houses represent an innumerable variety that comes from the leftover paint that the sailors brought home, as the paint was expensive, and the scarce amount to paint the entire house of the same color, was used to the last drop Therefore, the frames were first painted until it was exhausted, to then go to the walls and paint as far as it could go. In addition, the horizontal lines were and are a characteristic of La Boca, long overlapping planks in the wooden houses and the grooving of the veneers.

Caminito is one of the most emblematic walks in the city and one of the must-see attractions for those who visit it. With its typical tin conventillos in the La Boca neighborhood, which display its walls painted in different colors, it is also an open-air museum almost 150 meters long. Its sinuous layout is due to the fact that it follows the course of a stream that flowed until the beginning of the 20th century. The area was popularly known as "Puntin" (short for "bridge" in Genoese dialect).

For a long time it was part of the railway route to Ensenada (one hour from Buenos Aires) until in 1928 the branch was closed and the track became an abandoned alley. It was thanks to the initiative of several neighbors, among whom was the painter Benito Quinquela Martín (one of the main benefactors of the neighborhood and whose work is commemorated through the colors of the houses of La Boca), that in the 1950s he recovered the land to turn it into a pedestrian walkway and a museum street, in which works by different artists were added little by little.

In 1959, at the initiative of Quinquela Martín, it was baptized with the name of the famous tango “Caminito”, composed by Juan de Dios Filiberto and Gabino Coria Peñaloza and premiered at the carnivals in 1926.

We have a great variety of tours to visit these amazing places, most of them including Buenos Aires and combined with many other amazing destinations in Argentina such El Calafate, Ushuaia, Iguazu Falls, Mendoza, Salta, Bariloche... Check one of my favorites, the Visiting Patagonia Tour 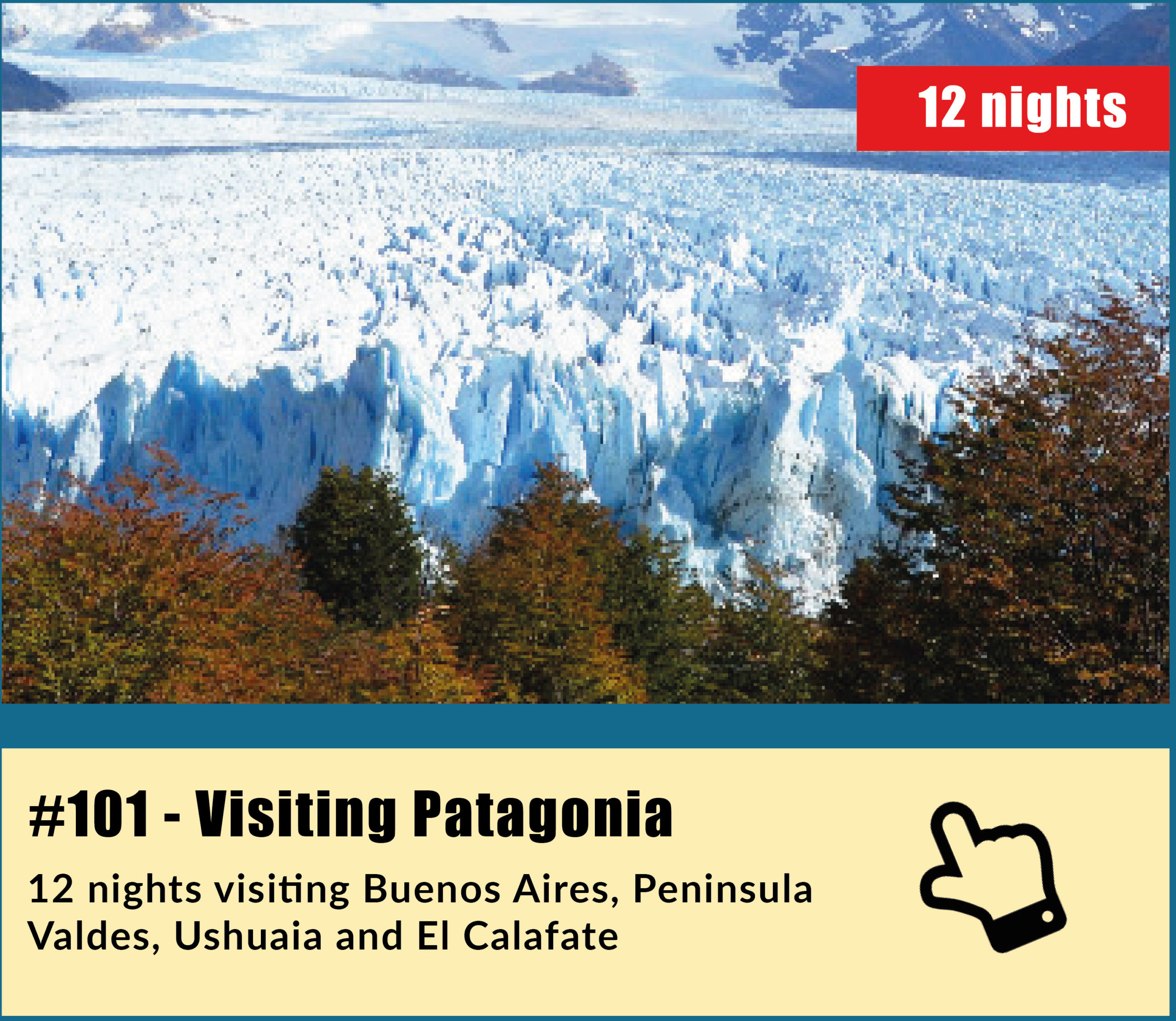 Want to see a football match in La Bombonera?

It´s possible! We really suggest to organize your bookings in advance to get your tickets. Just contact us and enjoy Argentinian Football (Soccer) in Buenos Aires